The game has been developed to demonstrate how a complex interactive strategy game that would normally rely on complex keyboard and mouse controls can be transformed into a tactile touchscreen experience. Watch this fantastic game in action after the jump. 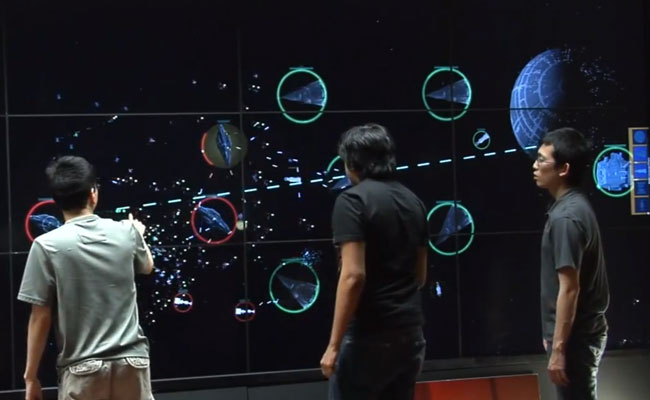 The game was originally designed for use on a single 52 inch screen but has since evolved into a 20 foot wide video wall. Star Wars ships are able to be used in the game due to it not being commercially available.

Don’t you just want to have a game?