H Krix a graphic designer and part time replica prop maker has created an awesome real life version of the Mass Effect 3 N7 Rifle that will be featured in the new game. Krix was asked by Bioware to create the N7 Assault Rifle as a prop for the company to promote their new Mass Effect 3 game at the recent San Diego Comic-Con 2011.

In the new Mass Effect 3 game the N7 assault rifle will have the same style as the  N7 pistol, shotgun, sniper rifle and SMG and has only just come to light as an included weapon within Mass Effect 3. Which is scheduled for a March 6, 2012 release. 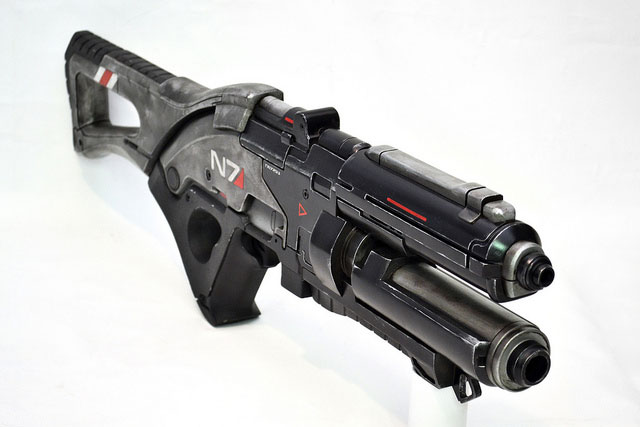 The Mass Effect 3 N7 Assault Rifle has been created from MDF and full details with photographs of the complete build can be viewed over at Volpin Props website.