Half-Life fans are sure to enjoy this short movie Enter The Freeman was created by a team of the games fans, which was created on a budget of just $3,000, and capyures the real-life essence of the Half-Life game.

The short 10 minute Half-Life movie was surprisingly filmed in a cottage in the middle of Hollywood in just two nights, by the films director James Duncan, who co-produced with Berhard Forcher. 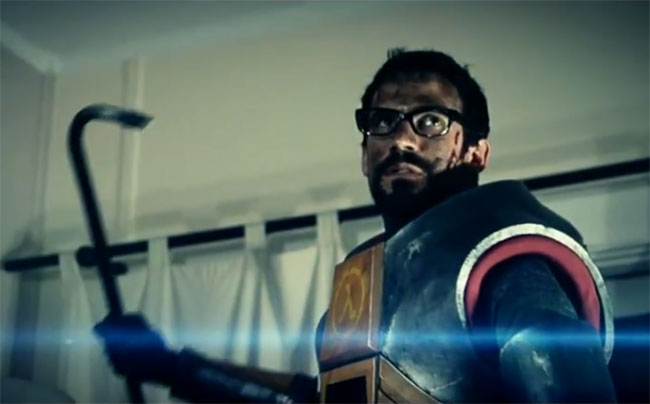 The team behind the awesome fan made movie, said it all started with someone saying, “Hey you would make a great live action Gordon Freeman, let’s make a fan film.”  an one year later, $3,000 and in two nights filming was completed.