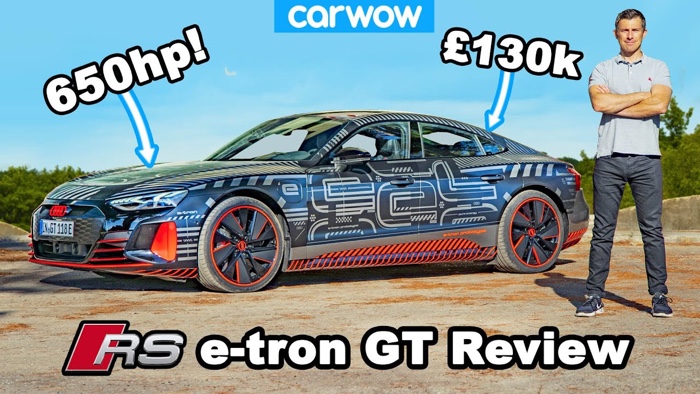 Yesterday the new Audi RS e-tron GT was made official and now we get to have a look at the car in a new video.

The car featured in the video is the prototype which the final car will be based on and Mat Watson from Carwow gives us a look at this new all electric GT.

The car comes with around 600 horsepower and it will also feature an overboost mode which will give you up to 650 horsepower.