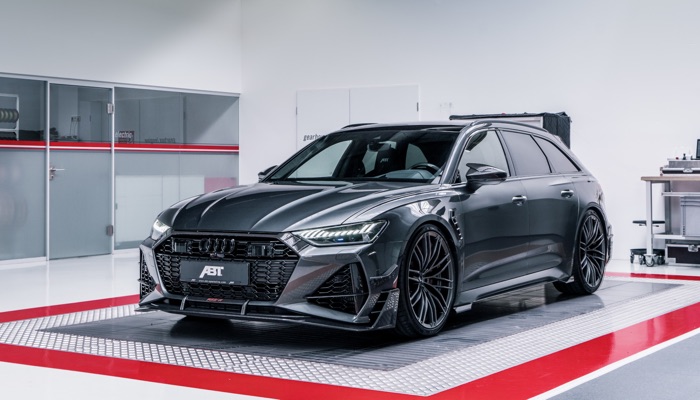 The Audi ABT RS6-R has an extra 140 horsepower over the standard Audi RS6, have a look at the video of this new car below.

The core of the ABT RS6-R package is the ABT Power R performance upgrade, which unleashes an extremely sporty 740 hp (544 kW) and 920 Nm in the 4.0-litre V8 TFSI engine. This means an increase of 140 hp (103 kW) and 120 Nm over the standard model. Of course, as a special limited edition, the ABT RS6-R also demands visual enhancement. They have developed high-quality ABT Aerodynamics carbon body components, which give the RS6-R’s front in particular a much more aggressive and striking appearance.

You can find out more details about the new Audi ABT RS6-R over at ABT Sportline at the link below, as yet there are no details on pricing.