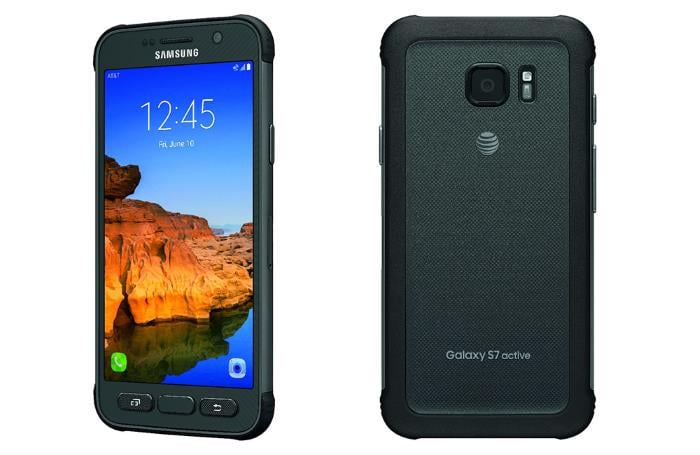 Over the past few weeks, we’ve heard quit a lot about Samsung’s upcoming rugged smartphone, the Galaxy S7 Active.

AT&T has finally announced the Galaxy S7 Active officially in the United States. Customers will be able to purchase the handset from June 10th.

Like previous Active devices, the Galaxy S7 Active is exclusive to AT&T in the United States, and costs $26.50 per month on the 30-month AT&T Next plan, or for $33.31 per month on the 24-month plan. The handset is available in multiple color options including Sandy Gold, Titanium Grey, and Camo Green colors.

As for the specifications, it’s the same as we’ve heard several times in the past few weeks. The handset comes with a 5.1-inch display sporting a resolution of 2560 by 1440 pixels, a Qualcomm Snapdragon 820 processor, 4GB of RAM and 32GB of internal storage with a microSD card slot. Other features includes a 12MP rear camera, 5MP front-facing camera, a massive 4,000 mAh battery and ships with Android 6.0.1 Marshmallow.

The handset comes with a MIL STD-810G certification and features a shatter proof glass so it can withstand rugged use. Additionally, there are three physical buttons on the smartphone as well as a fingerprint sensor.