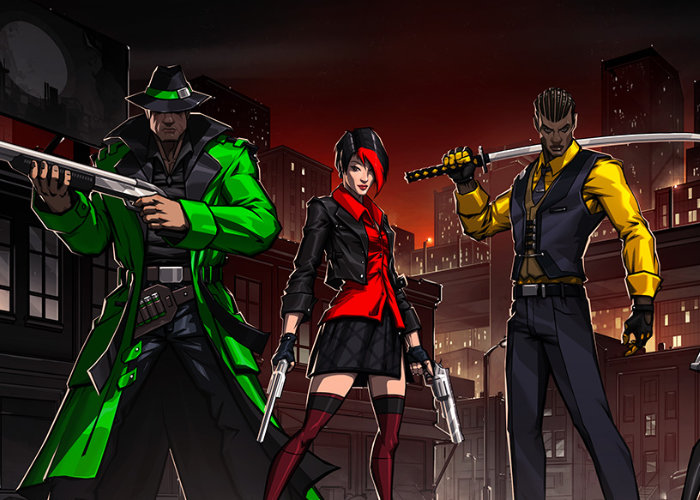 This week indie games studio Mild Beast Games has launched their new shooter and battle arena game At Sundown: Shots in the Dark which has been under development for the last three years. The new game offers players a “hide-and-seek” shooter where the maps are covered in darkness and light is your enemy. During gameplay up to 4 players compete in a deathmatch, engaging in strategic gameplay to become the best.

Players only become visible when they shoot, dash or slash. “See or be seen, kill or be killed. How long will you survive At Sundown?” Check out the launch trailer below to learn more about the unique game which is now available via Steam and on the PlayStation 4.

“All in all, we wanted At Sundown: Shots in the Dark to be a great time with friends, since we were college students when we started this. So grab some drinks and call up your buddies, and let the shadow shenanigans begin! Or hop online and test your skills by playing ranked matches, to see who truly is the king of the shadows. And since we’re in Europe, At Sundown: Shots in the Dark will support English, French, Italian, German, Spanish, Portuguese, Russian, and Polish text. Whew, did I miss anything?”

“To celebrate our first release, we’re discounting the game during launch week by 20%! This also includes the Playstation exclusive Avatar edition, which gives you the game and Playstation Avatars of all 4 of our characters: Dawn, Eve, Dusk and Midnight.”

For more detailed jump over to the official PlayStation blog by following the link below where Ted Park Project Lead at Mild Beast Games takes you through more details about the gameplay and tactics.