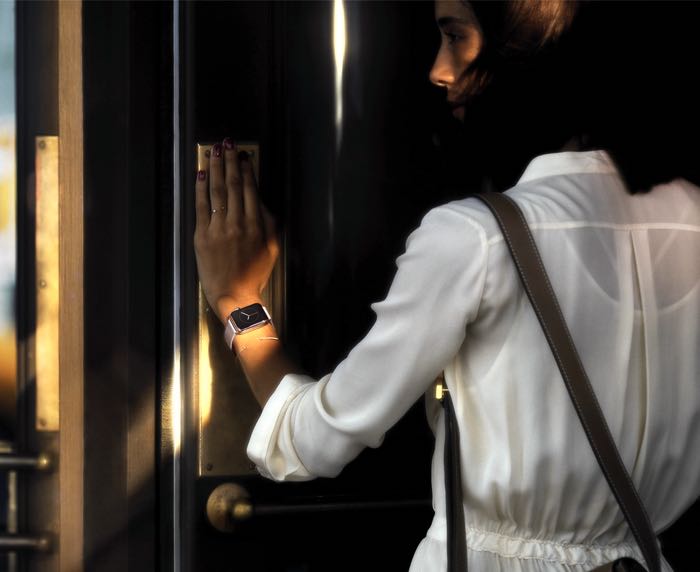 The gold Apple Watch comes with a price tag of between $10,000 and $17,000 depending on the model, and now Asus thinks you should buy an Asus ZentWatch instead.

Asus posted the following photo on Twitter and calls the Apple Watch the ‘Golden Apple’, the company is trying to convince people that spending $17,000 on a gold smartwatch is crazy.

Asus are basically saying that anyone who buys a gold Apple Watch are out of their minds, and I tend to agree with them on this one. 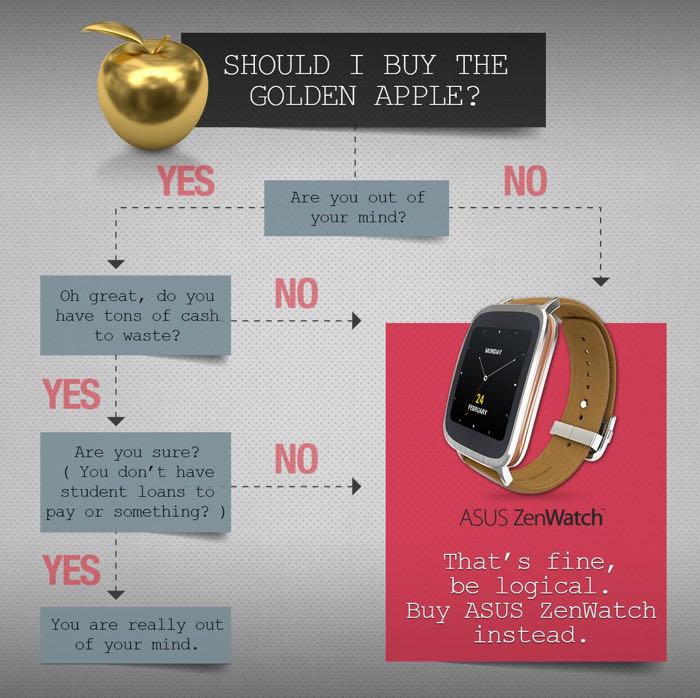 Within a few years the technology in the gold Apple Watch will be out of date and it will turn into a very expensive paper weight. If you bought a luxury gold watch from the likes of Rolex, Omega, Panerai, Hublot and more the watch would last for a long time and would still retail most of its value.