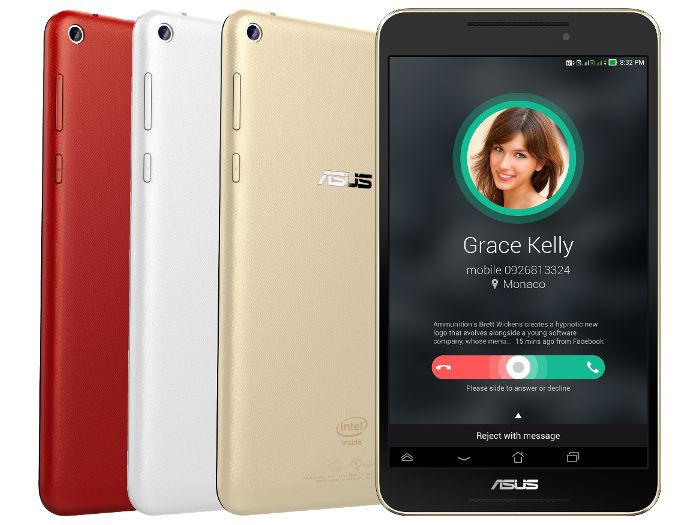 Asus has announced another device at Computex 2014, the Asus FonePad 8, which the company describes as an 8 inch tablet with phone functionality, the previous version of the device had a 7 inch display.

The Asus FonePad 8 comes with an 8 inch high definition display that has a resolution of 1280 x 800 pixels, processing is provided by an quad core Intel Atom Z3560 processor with a clock speed of 1.8GHz.

It is also equipped with 1GB of RAM and comes with a choice of either 8GB or 16GB of built in storage, if you need more storage it features a microSD card slot that supports up to 128GB cards.

As yet there are no details on how much the Asus FonePad 8 will retail for and when it will be available, as soon as we get more information we will let you guys know.