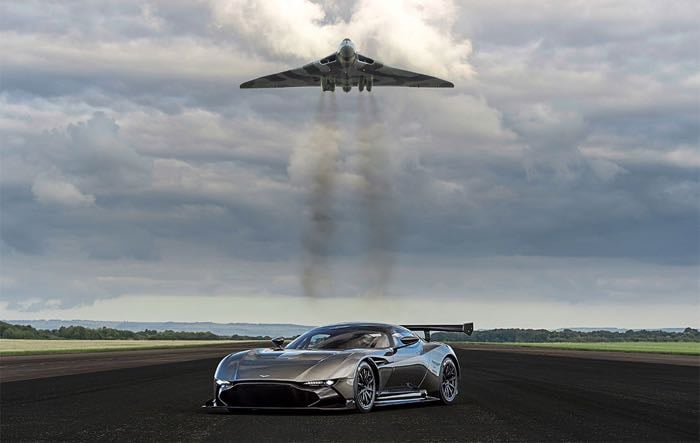 The new Aston Martin Vulcan is shown off in a video along with the Avro Vulcan, which will take its final flight later this month.

Aston Martin have featured their new Vulcan supercar alongside the 1950’s British bomber which will retire later this month, the company took the inspiration for the supercars name from the Vulcan bomber.

Ahead of that final flight, the famous Cold War-era long range bomber was paired with the Aston Martin Vulcan – the new track-only supercar – via a special fly-past at Elvington Airfield in Yorkshire.

You can find out more details about the Aston martin Vulcan at the link below, the car is designed for track use only and not for the road.