Ubisoft has released more details about their new upcoming Assassin’s Creed 3 Multiplayer battles, revealing a number of the modes players can play, such as the Wolf Pack mode, thats allow players to team up to take down an NPCs.

Together with the skills and abilities available to multiplayer gamers whilst duelling with others, including a new skill called “Glimmer” that makes a player almost invisible. 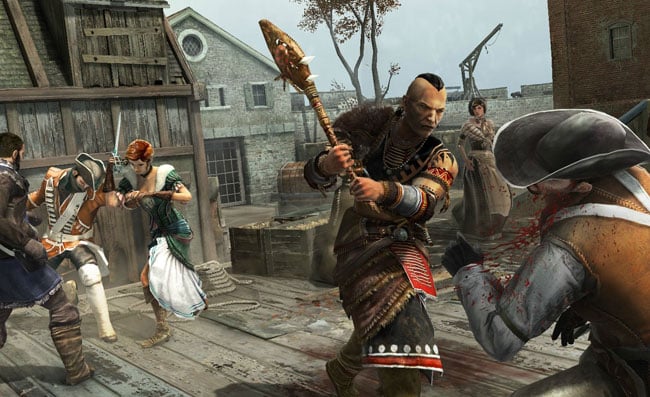 “Get a closer look at the unique locales, characters, abilities and perks in this Assassin’s Creed III Multiplayer Trailer. A variety of modes ranging from classic Deathmatch to co-op and team-based modes like Wolfpack and Domination make this the most compelling online experience yet. This is the Assassin’s Creed multiplayer you’ve been waiting for…”

The new highly anticipated Assassin’s Creed 3 game will be launching on October 30th for Xbox 360, PlayStation 3 and PC.