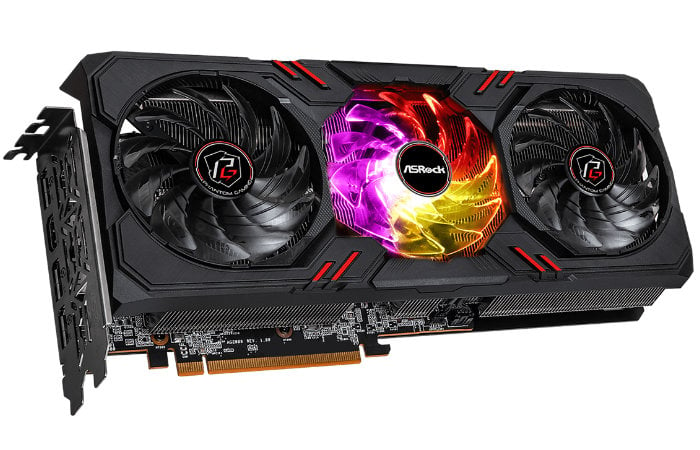 The stylish metal backplate strengthens the structure and prevents damage to the board. With the addition of an ARGB fan, ARGB LED board, and Polychrome SYNC lighting control software, users can fully customize and control their own lighting system. The cool black and red appearance and the ultimate factory-preset overclocking settings make ASRock AMD Radeon RX 6600 XT Phantom Gaming D 8 GB OC graphics card ideal for hardcore gamers.”