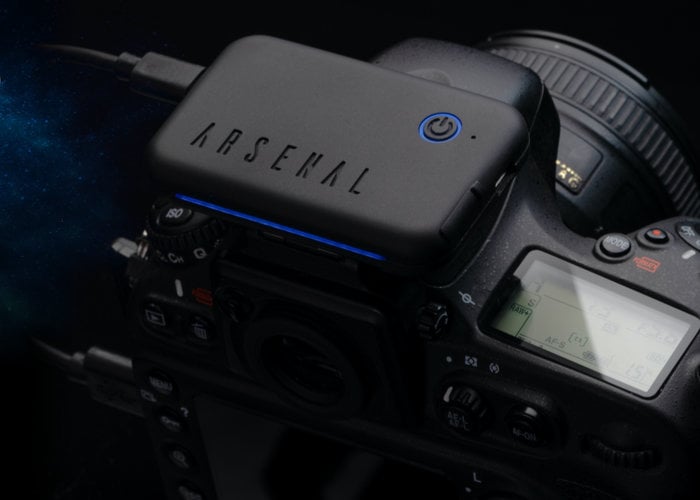 Ryan Stout has returned to Kickstarter once again to launch his second generation Arsenal intelligent camera assistant, building on the design and technology from the original which also successfully launched via Kickstarter. The new campaign has already raised over $2 million thanks to over 14,000 backers with still 22 days remaining. Arsenal 2 uses AI and computational photography to help you create amazing photos and timelapses.

“After shipping over 100,000 units, we’re back with huge improvements to our intelligent photography assistant for DSLR and mirrorless cameras. With a single tap Arsenal 2’s AI determines the optimal settings for the scene you’re shooting. Using its new and improved sensors, Arsenal 2 fine tunes your camera’s settings by analyzing 22 different environmental factors. The result is great settings for any shot.” 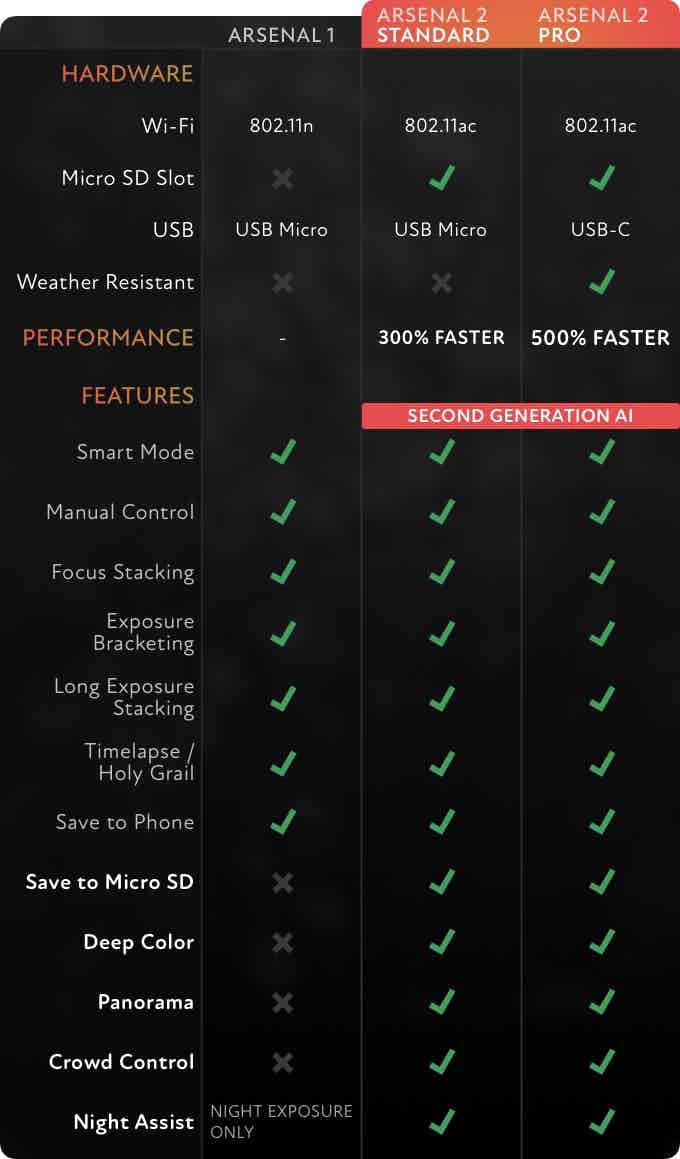 Early bird pledges are available from $149 and worldwide shipping is expected to take place during June 2020. “Arsenal 2’s Deep Color uses a neural network to intelligently develop each photo. Deep Color is not a look or a filter. Instead, it produces a set of adjustments custom to each photo. The results are balanced yet powerful, rendering bold images that flatter every photo without being over the top. See the difference below compared to a camera’s built-in colors. “

“Arsenal 2 controls your camera over USB and automates some of the most powerful photography techniques. The onboard GPU automatically stacks photos and sends them to your phone—or saves them to Arsenal 2’s micro SD card slot.”

For a complete list of all supported cameras, makes and models jump over to the official Kickstarter campaign by following the link below.