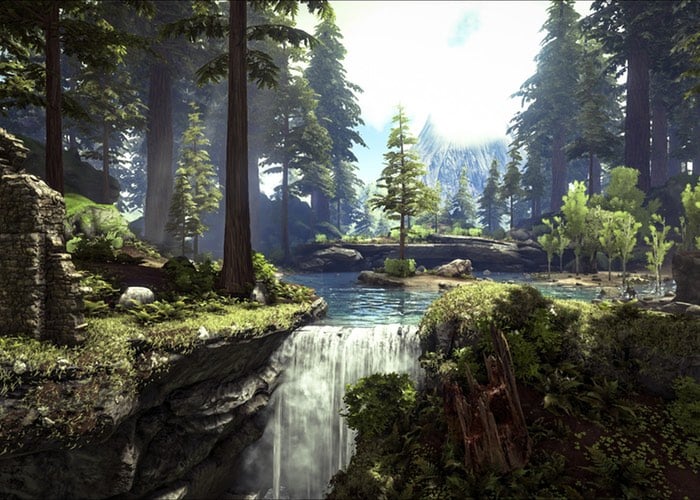 Studio Wildcard this week released a new teaser trailer for new content that will be soon released for Ark Survival Evolved, that will bring with it Redwood trees with new Wood and Metal Tree Platforms and more.

Yesterday the Xbox One version of ARK Survival Evolved was updated with the biggest dinosaur yet for the open-world survival game, check out the teaser trailer below to learn more ab out the new update.

Take refuge among the Redwood trees with new Wood and Metal Tree Platforms! Live like a Furry Forest Creature in these massive trees! Tap into the massive redwoods to extract their sap for healthy concoctions using the new Tree Sap Taps. Reach new heights with the Retractable Rope Ladders. Extend or retract these flimsy ladders, which are good for letting allies onto your ramparts while keeping the enemy out. There is a whole new way of life to explore!

The Redwood biome will be dropped in the middle of The Island in the Grand Peak area south of the Volcano with the nearly 12 GB update. The new environment features giant Redwood trees that cannot be harvested. Instead, players will be able to build wooden and metal Ewok-style bases, complete with retractable rope ladders. Redwood trees can also be tapped for their tree sap to craft the new gas mask to protect against diseases and poison grenades.

Note that The Center map (guide) will not receive the Redwood biome with the 737 update. It will arrive at the end of July at the earliest. ARK: Survival Evolved developer Ben Burkart released a PC beta for the changes at the end of last week to test out the all-new landmass for the biome. In addition to the Redwood biome being added, the snow biome on the northern side of the map has been extended to the east, just short of the Hidden Lake.