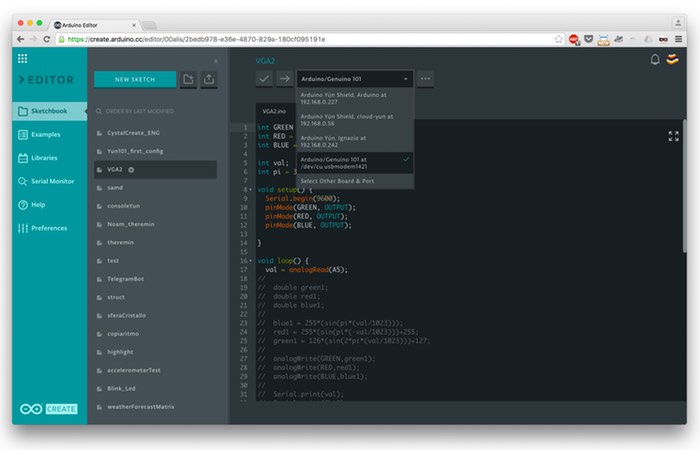 As well as announcing their new Arduino Create website which brings together a huge amount of Arduino resources, such as a new Project hub, forums, store and more. Arduino has also added easy access to their latest Arduino Web Editor.

Once you’ve installed the required browser plug-in, the online Arduino Web Editor service makes it easy for anyone to create their own sketches by writing code directly in their preferred browser and upload it to either Arduino or Genuino boards depending on your geographical location.

Check out a quick demonstration video which has been created by the German YouTube channel ElektorDE for a brief overview. Even if your German isn’t that great, the video still provides a pretty good quick overview of what you can expect from the new Arduino Web Editor. 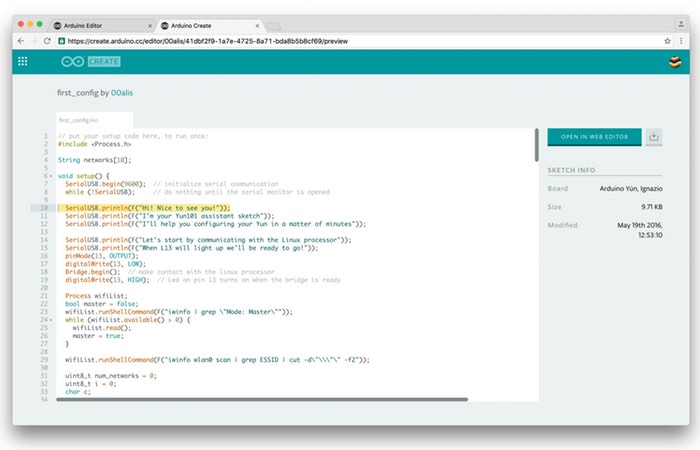 The Arduino Web Editor is still currently in its beta testing stage and is inviting people to sign up to join other current time, the weight is only a couple of days or less before access is granted. The official website explains a little more.

The Arduino Web Editor allows you to write code and upload sketches to any Arduino or Genuino board after installing a simple plug-in — your Sketchbook will be stored in the cloud and accessible from any device. You can even import your Sketchbook via a .zip file! What’s more, sharing a sketch is now as easy as sharing a link. Sign up to the waiting list and you will receive an email from us to join the Betatesting! This may take up a couple of days, according to the number of requests we receive.

More information on everything Arduino jump over to the Arduino Create hub which has been created and officially launched earlier this week.