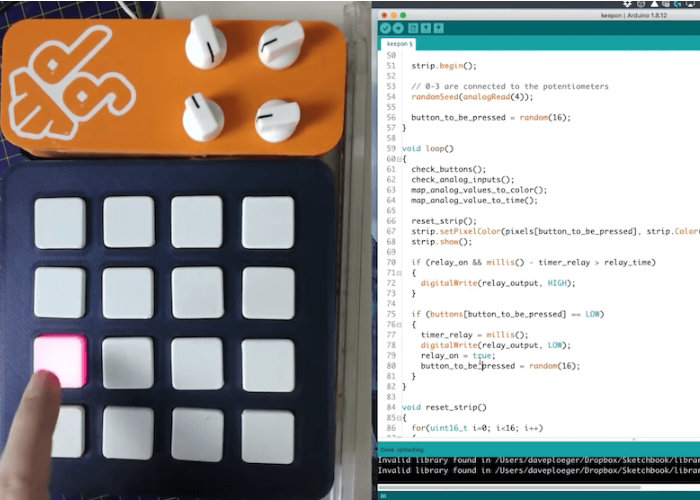 Electronic, Arduino enthusiasts and makers looking for a project to keep them busy this weekend, may be interested in a cool custom switch created by Dave Darko. That requires users to intermittently push a button in order to produce additional ‘on’ time and has been aptly named the, “Unhackable Arduino Switch Matrix.”

The ‘unhackable’ switch, which resembles a MIDI sequencer input, runs on an Arduino Nano Every and uses a relay to directly control the power state. Instead of having one keep-alive button, the unit has a matrix of 16 buttons that light up randomly to be pressed The idea is to prevent someone from setting up a second device to simply poke the same key over and over.

“The other day at the hacker space Dave was talking with members how to improve the safety in the space. Especially how to prevent other people from leaving dangerous devices running unattended. They quickly came up with a button that needs to be pressed once in a while, or otherwise the machines power would be shut off. Since it’s a hacker space the expectation of people building crude “Arduino with servo” devices to circumvent such a device was high. But having a 4x4 button matrix that would indicated a random button to press sounded tougher to get around, so the idea for this project was born. It also looks suspiciously like a midi-controller.”