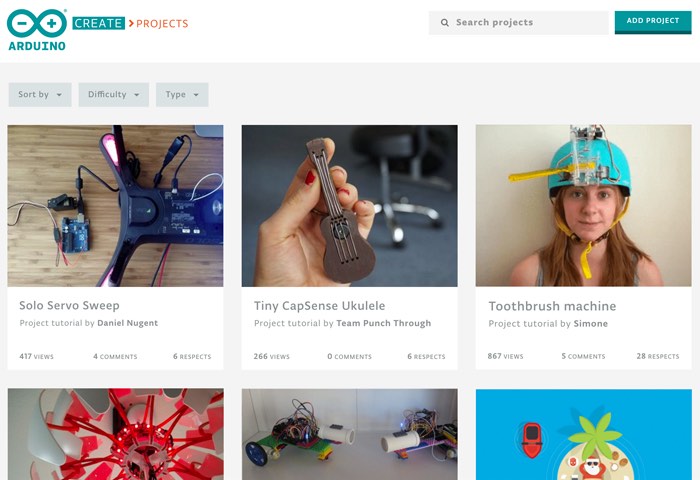 Arduino has revealed more details about the beta testing of the new Arduino Create service and editor, which the company is currently sending out five invitations to current beta testers in the program to bring more users online.

Arduino has also added roughly 100 new users who tried the platform during the Maker Faires and other events during which it has been demonstrated.If you are interested in giving the Arduino Create service and editor a spin jump over to the official Arduino blog to register your interest.

Arduino explains a little more about what new features have been added recently :

The Arduino Create Editor has most of the Arduino Desktop IDE features, it is a fully functional Editor, and you can start developing your projects on it right away. We are really close on having everything delivered in HTTPS, we are working hard to add the Library Manager and support for all the Certified and AtHeart boards. Next in our roadmap is including a Sharing feature and a Chrome OS plugin. As already said in the past, we are always going to provide our community with a offline solution, so don’t worry.

When you use Arduino Create for the first time you will be prompted to install a plugin (agent). While your Sketchbook and the apps are hosted in the Cloud, the plugin will locally check the USB ports on your computer. The plugin detects if any board has been connected, if you are uploading a sketch, or you are using the Serial Monitor. The Arduino Create agent is open-source, and available for Mac, Windows and Linux! If you find it interesting you can contribute to it or fork it to use it in your projects.

For more details on the Arduino create service jump over to the official Arduino blog via the link below. Also if you are interested in an easy weather based project you might be interested in building an Arduino wind speed meter which offers a way to start tracking the strength of the wind in your area in mph.