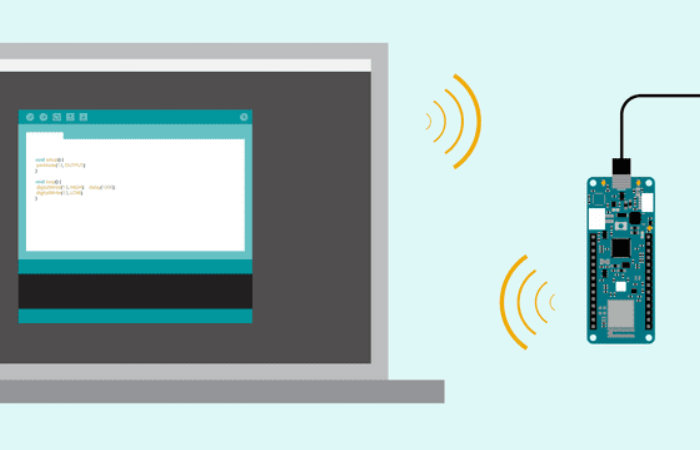 The official of Arduino team has released a new Arduino Cloud tutorial explaining more about the features integrated into their cloud service and possibly revealing a few that you didn’t even know existed. This wouldn’t be hard as the team explains there are dozens if not hundreds of Arduino Cloud features. In the latest Arduino Cloud tutorial the team lists 14 they think can help your Arduino coding considerably and include how to auto generating sketches, setup device to device communication, over the air updates and more.

If you are unfamiliar with the Cloud it is a web editor that allows you to write code and upload sketches to any official Arduino board directly from your web browser and supports Firefox, Chrome, Safari and Microsoft edge. For more information on the Cloud jump over to the official Arduino Cloud IoT website where a wealth of information is available to help you configure, programming connect your devices all using the Arduino IoT Cloud service.

“We’ve talked elsewhere about getting an understanding of what cloud computing really is, and how it’s not just the domain of experts. The cloud is how total beginners can get started much more easily. There’s no better demonstration of that than our first top Arduino Cloud feature; auto-generated sketches.

When you create a new “Thing” in your Cloud, you add various bits of info to it. Wi-Fi connection credentials, and any variables you want to control or monitor. The Cloud automatically generates a starting sketch from this info. That sketch can then be sent to your boards, so all your initial configuration is taken care of, without a single line of code.

There’s simply no easier way to make two microcontroller boards talk to each other than Cloud. We’ve covered in detail how easy it is to wirelessly connect your boards. This isn’t just for Arduino devices either. If you want any combination of Arduino, ESP32 and ESP8266 devices to work together.”