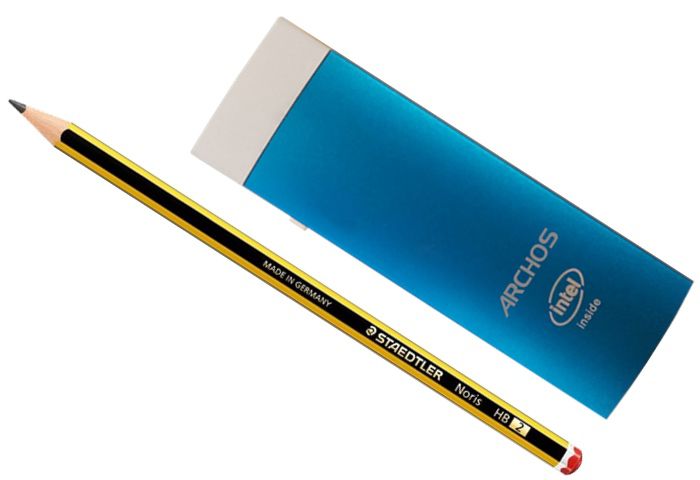 Adding to the ever-growing list of Windows 10 compatible stick mini PCs that are preparing to launch in the coming months, when Microsoft launches their new and highly anticipated Windows 10 operating system on July 29th 2015.

Archos has unveiled a new Windows 10 stick PC that will launch priced at $99 and offers hardware that is identical to the already unveiled Intel Compute Stick and the Lenovo Ideacentre 300.

The pocket sized mini PC is powered by an Intel Bay Trail Atom Z3735F quad-core processor, supported by 2GB of RAM together with 32GB of internal storage, that can be expanded further using the included microSD card slot.

Connectivity for the small device is provided via Bluetooth 4.0 and Wi-Fi and graphics are provided by the integrated Intel HD graphics chip. Archos has also stated that the new mini PC is compatible with all Windows, Android and iOS keyboard applications and game controls. Allowing users to easily remote control the PC stick directly from their smartphone, tablet, or other devices. Loic Poirier, CEO of Archos explains :

Companies have constantly pushed boundaries to make computers smaller, and we’ve taken this challenge to the next level by offering a matchbox-sized PC for less than $100. – Mobility is at the center of our lifestyles, and the PC Stick allows us to be on-the-go and productive.

For more information on the new Archos Windows 10 PC stick jump over to the Archos website for details, although at the current time no release date of the mini PC has been confirmed by Archos.