As you can see in the photo below it certainly looks slightly thicker, it turns out the white iPhone 4 is actually 0.2mm thicker than the original, although according to a recent tweet by Apple’s Phil Schiller it isn’t. 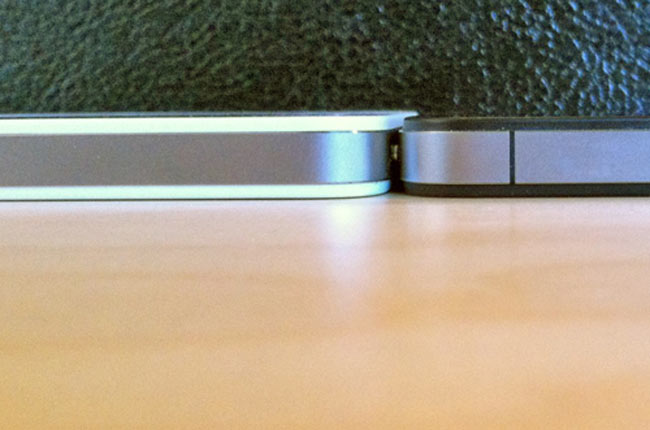 Schiller responded to a tweet from Ernesto Barron, and said “It is not thicker, don’t believe all the junk that you read,”, so there we have it, according to Apple, the white iPhone 4 measure exactly the same size as the original, even though it has been proven to be slightly thicker.

A number of sites have tried out the white iPhone 4 with a range of different cases and it seems to work with the majority of them.