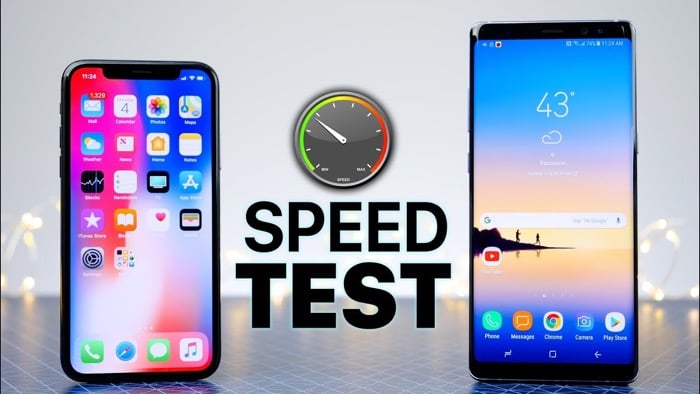 We have seen lots of videos of Apple’s new iPhone X, some waterproof tests, torture tests and more. Now the new iPhone goes up against the Galaxy Note 8 in a new iPhone X vs Samsung Galaxy Note 8 video. In the video below we get to see both handsets put through their paces.

The new iPhone finished in a time of 1:05 in the second round and the Note 8 a time of 0.38. The third test was a startup test for both handsets. The iPhone X booted up slightly faster than the Note 8. Some apps also appears to open up faster on the Note 8 and then others on the iPhone X.

What is interesting is the benchmark scores for both handsets, the new iPhone appears to be almost double that of the Note 8 on Geekbench.