Apple ended up getting themselves in trouble with a UK Judge last week over their apology to Samsung, which they published on their website, the court ordered them to replace the apology with a correct one.

Last week they published the corrected advert in the UK press, and now they have listed the apology on their homepage, which you can see in the photo below, although the apology is linked from the homepage and not published directly on it. 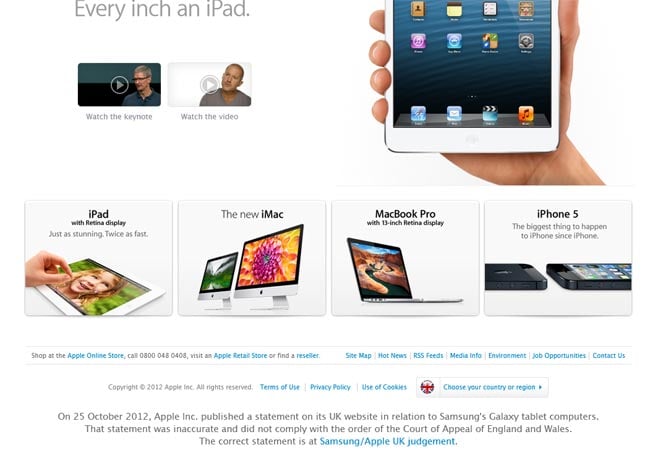 On 25 October 2012, Apple Inc. published a statement on its UK website in relation to Samsung’s Galaxy tablet computers. That statement was inaccurate and did not comply with the order of the Court of Appeal of England and Wales. The correct statement is at Samsung/Apple UK judgement.

You can see the apology over at Apple, we wonder if this will be enough to keep the Judge happy or, whether Apple will have to publish the actual apology directly to the front page of their website.