While many of you may think that purchasing AppleCare plans from the Cupertino company is expensive, but its of great use for those who have invested in Apple hardware.

According to a new report, Apple could soon start charging for the online support for devices that are no longer in warranty. 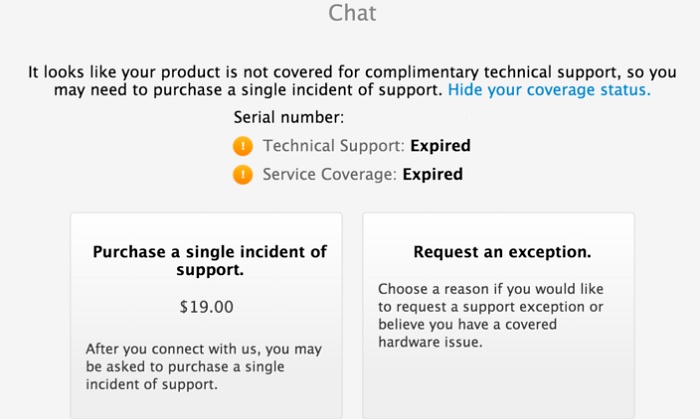 According to a new report from 9to5Mac, citing sources familiar the plans of the company, Apple will allow customers schedule repairs and replacements online as early as next week, and it may not be the cheapest thing for the user.

As the image above mentions, users may be asked to purchase a single incident of support for $19 for online chat support or purchase an extended AppleCare warranty. There will also be an option for the users to request an exception on the fee, and it seems Apple will waive the fee off for “iCloud issues as accidental damage cases where users just want to setup a repair or replacement via chat,” according to 9to5Mac.

There is no word about the official launch of the service, but it could start as early as next week. We’ll update you if it turns out to be true.