Apple has released a new version of its professional photo software, Aperture 3. The new version comes with over two hundred new features including Faces, Places and Brushes. 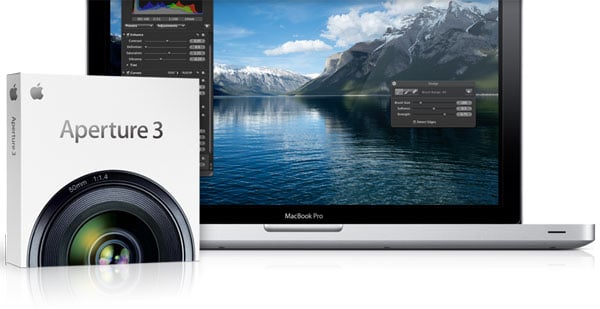 “Millions of people love using iPhoto to organize, edit and share their digital photos,” said Philip Schiller, Apple’s senior vice president of Worldwide Product Marketing. “Aperture 3 is designed for both professionals who edit and manage massive libraries of photos and iPhoto users who want to take their photos further with easy-to-use tools such as Brushes and Adjustment Presets.”

The Face and Places works the same as iPhoto, and it features face detection and tagging that lets you automatically organize your photos by people or location.

The new Brushes feature lets you add professional touches to your photos by painting the effect onto the images, and Aperture 3 comes with 15 Quick Brushes that can perform the most popular tasks like Dodge, Burn, Polarize and Blur, without the need for layer masks.

Aperture 3 is available now from Apple for $199, if you own the previous version you can upgrade for $99.