Yesterday we told you that the previously turned down Commodore 64 iPhone Emulator app, was now available in iTunes, the reason it was turned down by Apple was that users of the app could run Basic on the emulator which is against Apples SDK terms and conditions.

When we reported on the approval of the app yesterday, it appeared that Basic had been removed from the App, and this was why it was approved. 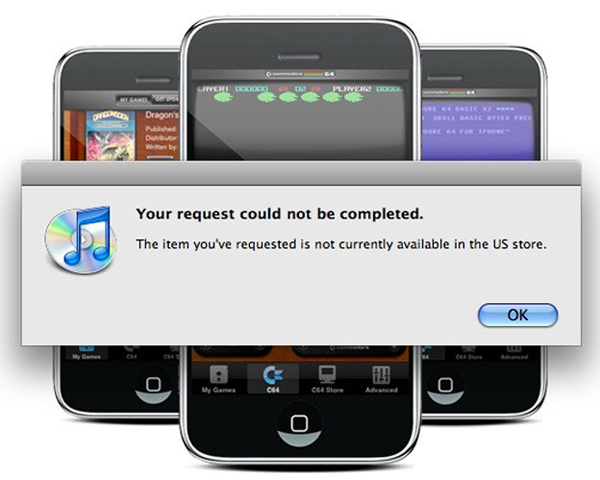 It seems like the creators of the Commodore 64 Emulator App Manomio tried to sneak Basic past Apple, as it could be activated with a simple hack.

According to Manomio, they left basic in the emulator in the hope that it could be remotely activated by them in the future once they have had Apple’s approval, here is what they had to say about it.

Unfortunately Apple this night pulled the C64 App from the App Store. We had agreed with Apple to remove basic from the application, but as we believed it would be possible to convince Apple to let it in later on, we left it in the app to be activated remotely by us when we had “go” from Apple.

Due to the extreme publicity the app has received over the weekend and the fact that several users found a way to enable the basic back, Apple decided to remove the app from App Store until we have solved the issue.

This is very frustrating as we had no intention of tricking basic into the app and the fix was done in a few minutes the moment we found out – a new version has been submitted to Apple, and we can only hope Apple will appreciate our efforts to apply the changes they need in order to put it back on.

There is no word on when a new version will be approved by Apple and when it will appear in iTunes.