Mac developers have been notified by Apple via email, that they can now start submitting their application creations to the new Apple Mac App Store ready for its launch. 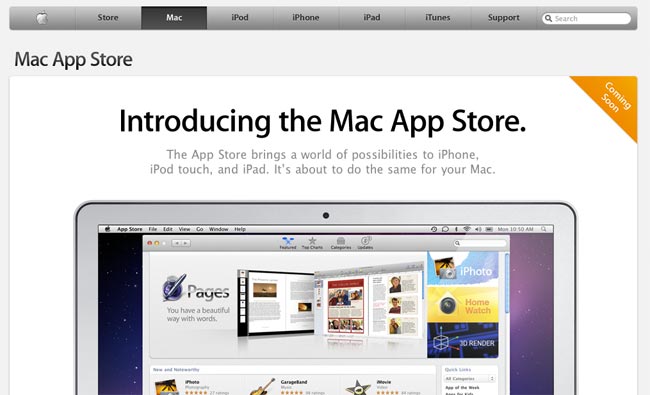 Apple is staying true to their word and invited developers as stated in their Back to the Mac event at the beginning of November.

Apple suggested that the new Apple Mac Store would be open within 90 from the Back to mac event which hopefully will mean the new store will be open within the next couple of months.