Apple replaced Google Maps with their own mapping application last year, which received a lot of criticism and hate at the time of launch. Now, it seems that the application is doing very well for iOS users with a total of 35 million users alone in the US for the month of September 2013, according to comScore. On the other hand, the number of Google Maps users fell drastically by almost 20 million in one year, which may not be a good news for the search engine giant if the numbers are correct. 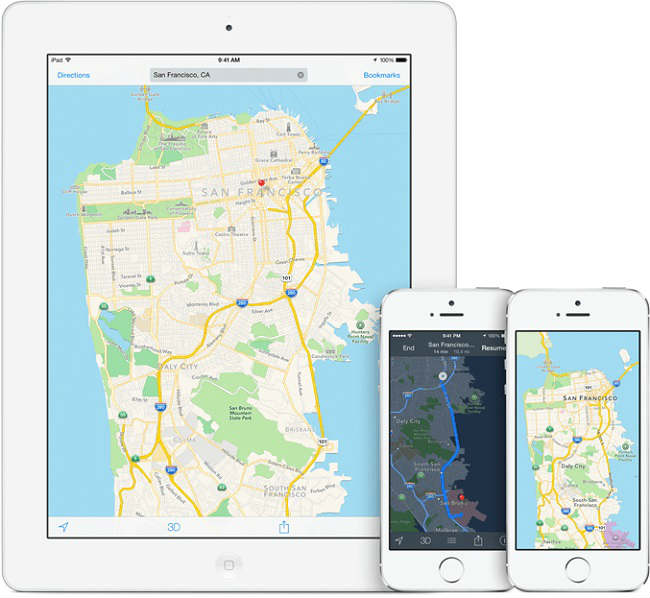 Before the introduction of Apple Maps, there were almost 81 million Google Maps users out of a total 103.6 million Android and iPhone owners. Just after year, the smartphone user base rose to almost 136.7 million, but the number of users for Google Maps fell to almost 58.7 million users from 81 million.

Comscore data show a total of 35 million iPhone users used Apple Maps at least once a month, out of a total iPhone user base of 60.1 million in the United States. In addition, the number of iOS users using Google Maps fell from 35 million in September 2012 to almost 6.3 million this year, a decrease of more than 80 percent.

ComScore’s data shows that in September 2013, 35m used Apple’s maps at least once during the month, out of a total iPhone population of 60.1m. The 58% usage on the iPhone is reckoned to reflect the growing number of younger users who do not use mapping services; the proportion of iPhone users who use any mapping service, including Google’s, has been dropping since April 2012, according to ComScore’s data.

The data is still not 100 percent correct as neither Apple nor Google released their user’s statistics for the past one year, but the folks at Google told The Guardian that they are not sharing details about the number of downloads and they’re happy with the product.

We’re not currently sharing details on the number of downloads. While we can’t disclose specific performance metrics, we’re pleased with the product and user feedback has been positive.

Which mapping applicaiton do you use on your iOS device?