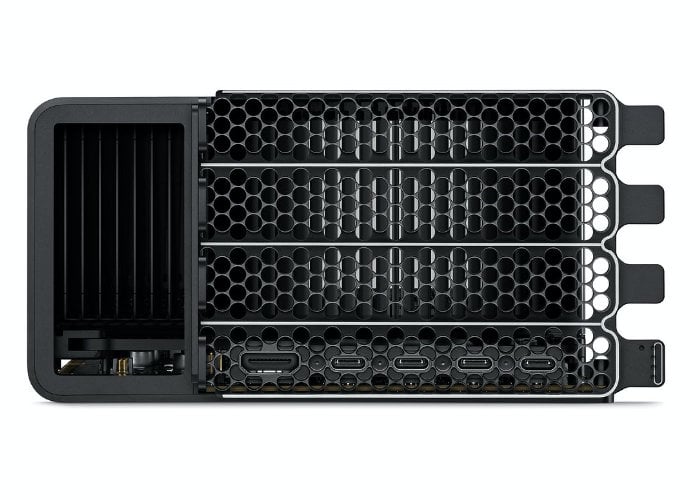 If you are considering splashing the cash on a new Apple Mac Pro system may be interested to know that the Radeon Pro W5700X MPX GPU module is now available to add to your builds and is available in one of two configurations during the online build selection process.

At the current time the Radeon Pro W5700X MPX Module GPU has not been listed or priced as a stand-alone module, but is expected to be priced at around $1,000 when it becomes available via Apple. The new GPOU module is compatible with Mac Pro (2019) with macOS 10.15.3 or later and offers up to 9.4 teraflops of compute performance, thanks to its 16GB of GDDR6 memory with 448GB/s memory bandwidth, 4 x Thunderbolt 3 ports and single HDMI 2.0 port. 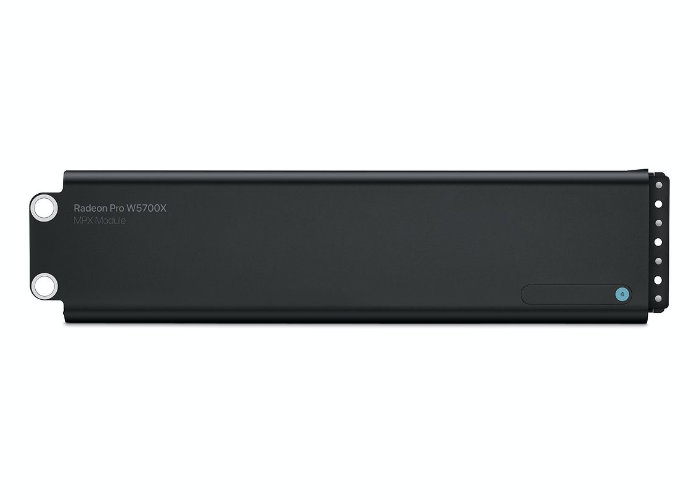 “Upgrade or expand the graphics in your Mac Pro with the AMD Radeon Pro W5700X MPX Module. With up to 9.4 teraflops of compute performance, 16GB of memory, and 448GB/s of memory bandwidth, the Radeon Pro W5700X graphics processor can deliver incredible performance. And Mac Pro can support up to two MPX Modules. This full-size MPX Module is based on AMD’s new RDNA GPU architecture, and it features four Thunderbolt 3 ports and an HDMI 2.0 port. It supports up to six 4K displays, three 5K displays, or three Pro Display XDRs.”