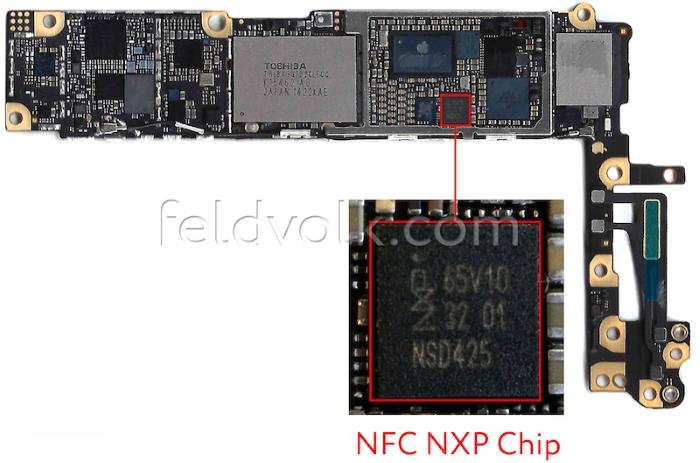 Some images of the logic board of the alleged iPhone 6 have leaked several times in the past, revealing that the NFC may finally be a part of the iPhone 6.

Apple iPhone 6 has seen its fair share of rumors in the past few months, revealing most of the things we could expect from the upcoming device.  Apple is rumored to be working on two new iPhone 6 models, carrying a display size of 4.7-inch and 5.5-inch screen size.

The device is said to come with an A8 processor under the hood, possibly with 1GB of RAM, an improved camera and Touch ID sensor, a bigger battery and should come with iOS 8 as its operating system out of the box.

Let’s just take this rumor with a proverbial amount of salt. Apple has scheduled an event on September 9th at the Flint Center for the Performing Arts in Cupertino. Stay tuned, we’ll update you as soon as we get any other information.