It looks like the Apple iPad 5 event will be streamed live on the Apple TV, as a new event has appeared on Apple TV devices, this was spotted by Twitter user Ben Dodson.

You will be able to watch the iPad 5 event on your Apple TV by going to the Apple Events channel from the Apple TV home screen, the event will start at 10AM Pacific Time. 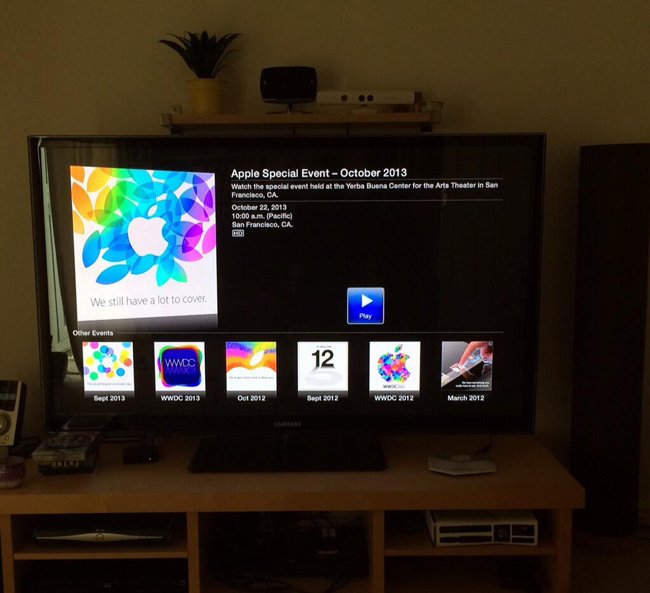 We are expecting a number of devices to be announced at the event today, which will include the new iPad 5 and iPad Mini 2, plus some new MacBook Pro’s and possibly an updated Apple TV.

The iPad Mini 2 and iPad 5 are expected to both feature a Retina display, Apple’s new A7 64-bit processor and will come in the same colors as the iPhone 5S.

The new MacBook Pro are rumored to come with the latest Intel processors, as for the updated Apple TV, there are no many details on what updates this will get.

We are also expecting Apple to announce the release date of OS X Mavericks, plus the launch date of the new Mac Pro, we will have details on all these devices later today.

As yet there are no details on whether Apple will also stream the event on the Mac and iOS devices, as soon as we get some more information we will let you guys know.