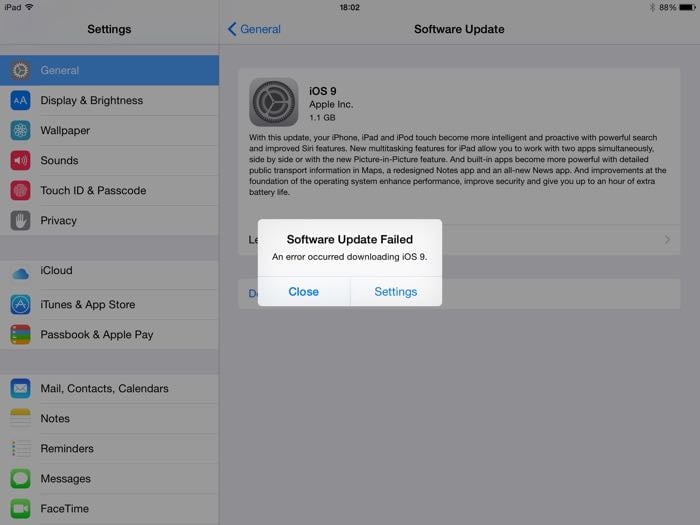 Apple has now released the next major version of their mobile OS, Apple iOS 9 and the software is now available to download.

Whilst the Apple iOS 9 software update is now available, some users, myself included, are having trouble downloading the update.

The update has been released an an over the air update, as yet it is not showing as an available update through iTunes.

We suspect that the issues that some people are experiencing downloading the update are due to the huge demand for the software, hopefully things should settle down soon and the update will be available for everyone.

It looks like the update is now available to download from iTunes, we are still having issues with the over the air updates.