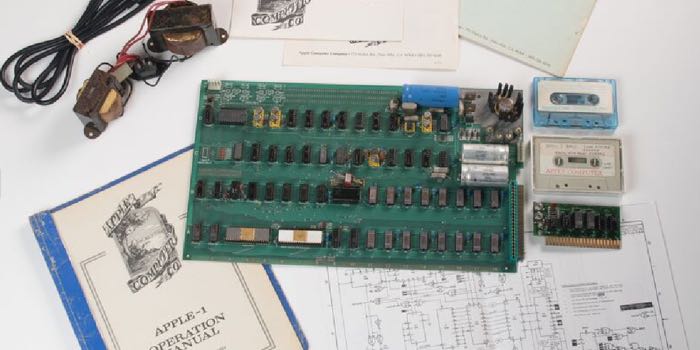 An Apple I computer recently fetched a massive $815,000 at auction, the computer was a rare Apple I Celebration.

The Apple I Celebration was auction by Caritzbuzz and he proceeds of the auction will go to the Leukemia and Lymphoma Society.

The auction went as high as $1.2 million but the final bid was cancelled at the last minute, so in the end it ended up selling for $815,000.

The Apple I Celebration is a rare model that featured a blank green OCB board, the device was apparently built before the two production runs of the Apple I.