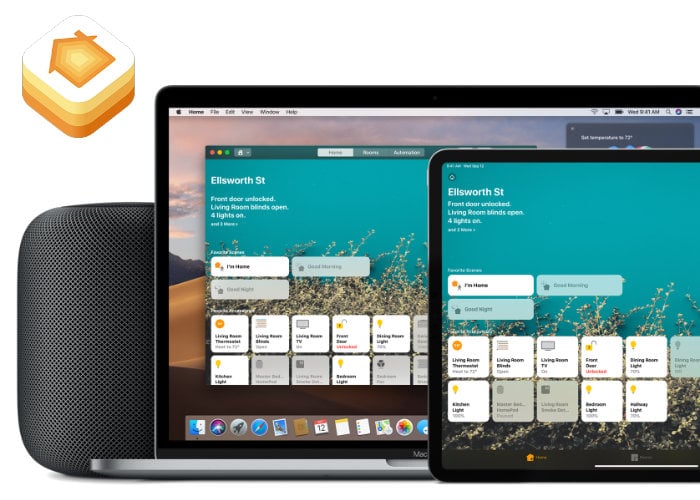 At WWDC 2019 this week Apple has announced new updates to its Apple HomeKit software framework that lets users set up their iPhone or other Apple device to configure, communicate with, and control smart-home appliances. During Apple’s keynote Apple announced new features they will be rolling out to the platform in the form of Secure Video.

A new way to check live video feeds locally rather than in the cloud, as well as full encryption before the feed is uploaded to any cloud storage. HomeKit allows users to communicate with and control connected accessories in their home using the companion iOS app. With the HomeKit framework, developers can provide a way to configure accessories and create actions to control them, as well as group actions and trigger them using Siri.

The first streaming cameras to support the Apple HomeKit Secure Video technology will soon be available from manufacturers such as Logitech, Arlo and others. While HomeKit for Routers will create a virtual firewall between your full network and devices on that network and will be available from Linksys and Eero to start when the service rolls out later this year.