Finally, Apple Developer Center is back online after being offline for more than a week. If you don’t know, Apple Developer Center was hacked last week that granted access to personal user information including names, emails addresses and mailing addresses of the developers. However, the company says that sensitive data such as the credit card numbers were not compromised. As a result, the site was taken down to combat the breach. The company did roll out a status page and issued a response about the downtime as well. 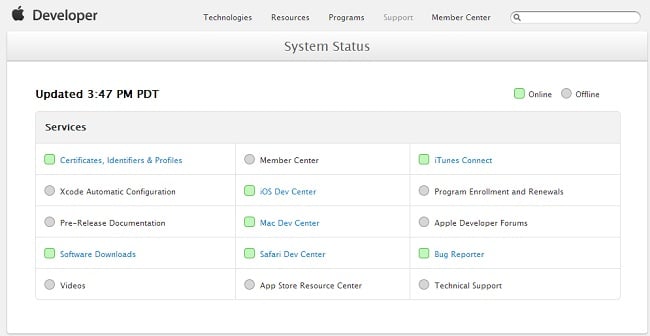 It is good to see that Apple has finally taken steps to upgrade its systems and databases altogether to prevent another security breach. As of now, all the major servers are up and running including software downloads, Safari/Mac/iOS dev centers, bug reporter and iTunes Connect. Hopefully, the remaining services such as pre-release documentations, videos, etc. will come online pretty soon as well.

All the developers can now get back to coding stuff again. Stay tuned and we will notify you as soon as the forums and remaining services come online.