We heard last week that the Apple developer Center had been hacked, Apple took their developer center offline, and it has been unavailable for almost a week.

Apple has now released details of what they are doing to bring the Apple Developer Center back online, hopefully it won’t be too long until they have it sorted. 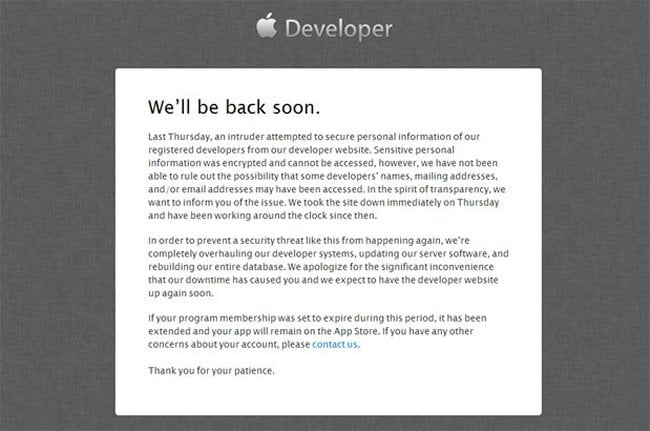 We plan to roll out our updated systems, starting with Certificates, Identifiers & Profiles, Apple Developer Forums, Bug Reporter, pre-release developer libraries, and videos first. Next, we will restore software downloads, so that the latest betas of iOS 7, Xcode 5, and OS X Mavericks will once again be available to program members. We’ll then bring the remaining systems online. To keep you up to date on our progress, we’ve created a status page to display the availability of our systems.

As soon as we get some more details on exactly when the Apple Developer Center will be back online we will let you guys know.