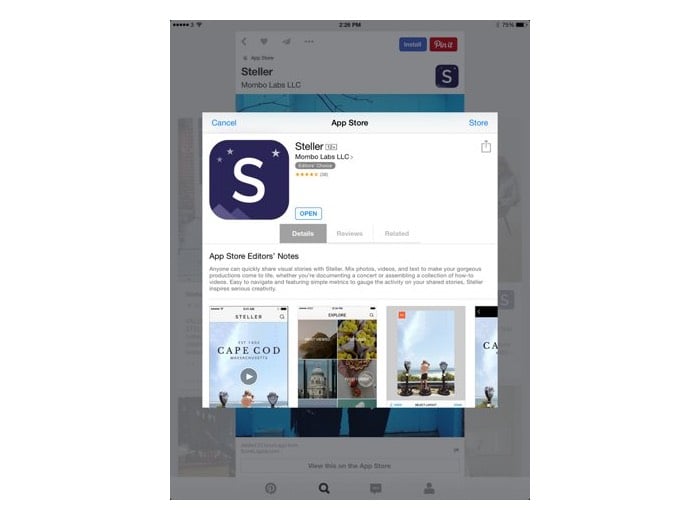 Apple and Pinterest have today announced they have joined forces to create a new feature called “App Pins” that will enable users of the iOS Pinterest 4.3 application, to be able to Pin their favourite apps and install them directly from the Pinterest service directly onto their iOS devices.

The new App Pins system take the form of a small App Store badge that functions in a similar way to the original Pinterest Pins. Thought the new addition allows you to install the application using a new “Install” button that is positioned next to the traditional “Pin It”.

To complement the launch of the addition of App Pins to Pinterest, Apple has also today launched a new App Store Profile on Pinterest that will provide access to a variety of curated applications for users to enjoy enabling them to be installed for the first time away from the official Apple App Store. Pinterest cofounder Evan Sharp explained to the New York Times :

“We can be a really powerful service for app discovery, which is a problem that still really hasn’t been solved,”-“Our specialty is really connecting people to the things they want to do.”

At the current time Apple hasn’t revealed whether it will be partnering with other online social services to allow its iOS applications to be browsed and installed away from their official application library, but as soon as more information comes to light we will keep you up-to-date with details.