WowWee has unveiled a new line of toys which have been designed to be used and interact with Android and iOS game applications, on both smartphones and tablets.

For example their new ‘Foam Fighters’, game arriving in the Spring, will feature a small foam plane that connects to the back of your iPhone using a suction cup so that it appears in front of the phone’s built-in camera. Watch the videos after the break to get a better idea of how these new style of toys will add interaction in a whole new way to smartphones and tablets. 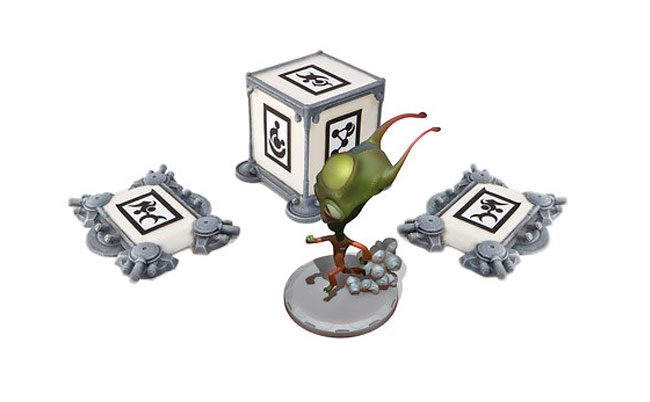 The app then “scans” the scene and allows you to play through various environments by tilting and moving the iPod around the room. The internal iOS device gyroscopic sensors then tell the game how you are holding and moving the plane and the game app lays graphics over the scene the camera is filming. Expect to see more examples during CES later this month.

“Until now, traditional retailers or brick-and-mortars have been unable to tap into this huge growing market. They’ve been left out of the app party, but now App Gear is providing retailers an opportunity to take a bite out of the “app” pie,” said Mike Gonzales, Creative Director and Digital Brand Manager for WowWee. “AppGear products will be sold at retail with price points of $9.99 up to $19.99, making the AppGear experience affordable for the real consumer!”