As if guessing that I was waiting for Ace Attorney vs Professor Layton as well as a 3DS that has that dock thing with the second analog nub built in to jump on the bandwagon, Nintendo have decided to test my resolve. A new Animal Crossing is coming in the Fall, though no firm release date is forthcoming. 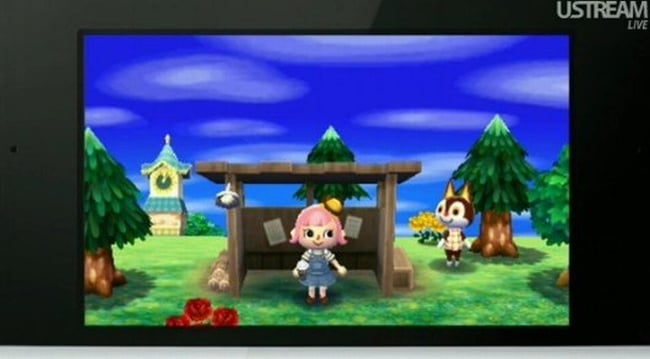 Luckily, Japanese is all Chinese to me, so there’s going to be some waiting involved either way. The change in name to Tobidase Dobutsu no Mor, or “Leap Out Animal Crossing”  seems to suggest that the formula left largely untouched since the GameCube will be significantly overhauled. I just hope Nintendo can light a fire under those translators.