The company has now released an official trailer for Angry Birds Epic, which you can see in the video below, the company has also said that it should launch in other countries soon. 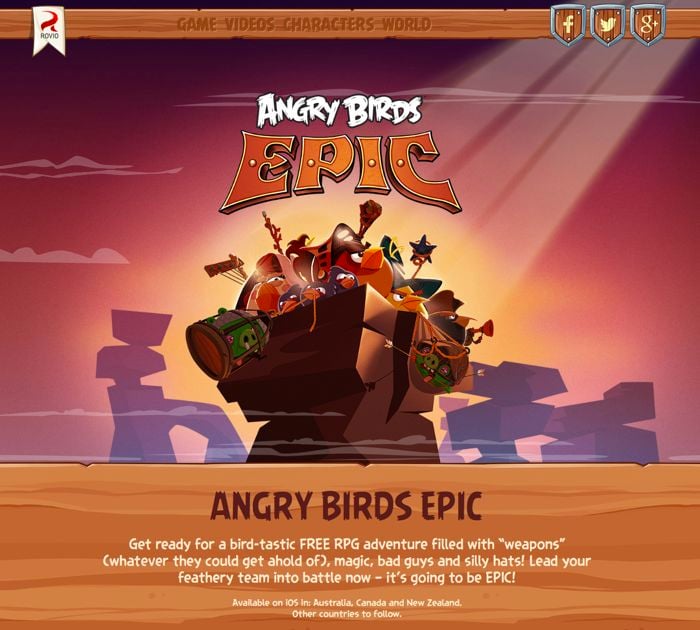 Angry Birds Epic is an adventure role-playing game set in a fantasy version of Piggy Island. It offers an awesome storyline, turn-based combat, a gripping campaign with a challenging end game, a rich system of crafting weapons, armour and potions with resources the players can collect or purchase, and much more. Check out the official gameplay trailer to see Angry Birds Epic in action!

As yet there are no details on when Angry Birds Epic will be available in the US and the UK, as soon as we get some more information we will let you guys know.