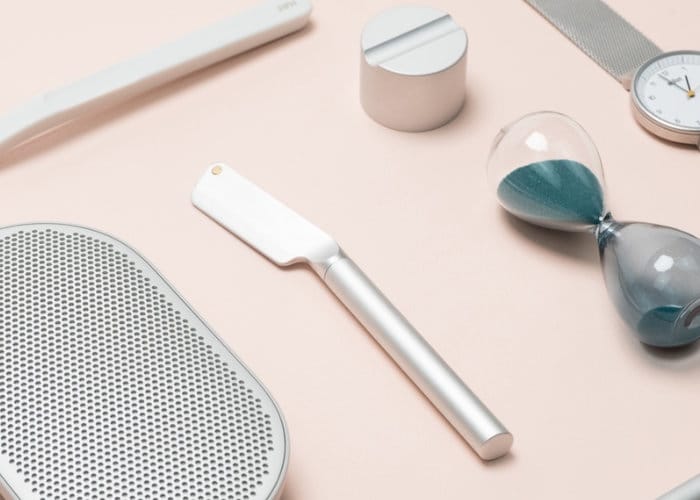 Morrama a London based product design agency has created a new and unique straight razor, which has been designed for the 21st-century and takes the form of the Angle Razor. Watch the demonstration video below to learn more about the design of the Angle Razor that uses widely available disposable razor blades.

The inspiration behind the razor was to create an experience that embraced the ritual of shaving and a product design built to last. Angle Razor is now available to back via Kickstarter with pledges available from £45 the early bird backers offering a considerable saving of the £75 recommended retail price, which will come into effect once the Kickstarter campaign successfully completed. If all goes well, worldwide shipping of the Angle Razor is expected to take place during June 2018.

The design team behind the unique razor explain a little more about its inspiration “We love the ceremony around shaving with a cut-throat razor, and wanted to honour that. As used in barbershops across the world, the disposable blade straight razor is the choice of professionals. The Angle Razor allows you to recreate the barbering ritual at home. Whether you want a completely smooth shave or need to just tidy up the edges, the Angle Razor is great for trimming hair, shaping hair and wet shaving.“