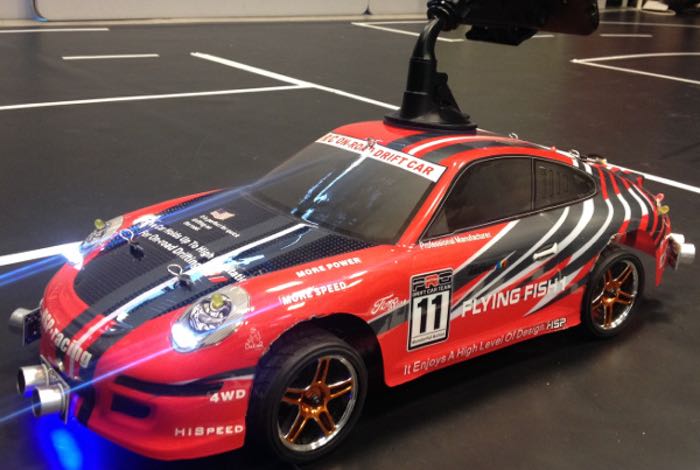 Software engineer Dimitri Platis and Team Pegasus have been developing an Android powered self driving car and this week has released video footage of the project in action.

The self-driving car uses machine vision algorithms and techniques as well as data from the on-board sensors, in order to follow street lanes, perform parking manoeuvres and overtake obstacles. Check out the video below to see it in action.

Team Pegasus created an autonomous vehicle that utilizes machine vision algorithms and techniques as well as data from the on-board sensors, in order to follow street lanes, perform parking maneuvers and overtake obstacles blocking its path.

The innovational aspects of this project, is first and foremost the use of an Android phone as the unit which realizes the image processing and decision making. It is responsible for wirelessly transmitting instructions to an Arduino, that controls the physical aspects of the vehicle. Secondly, the various hardware components (i.e. sensors, motors etc) are programmatically handled in an object oriented way, using a custom made Arduino library, which enables developers without background in embedded systems to trivially accomplish their tasks, not caring about lower level implementation details.

The use of a common mobile phone, instead of specialized devices (i.e. a Linux single-board computer), offers much higher deployability, user friendliness and scalability. Android-based autonomous vehicles, which could be deployed on the road, were not found in the literature, therefore the team behind it believes this avant garde work, can constitute the basis of further research on the subject of autonomous vehicles controlled by consumer, handheld, mobile devices.