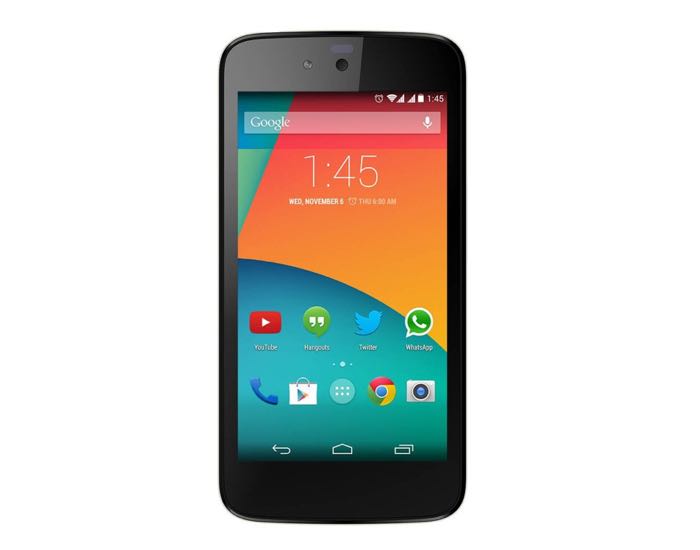 The first Android One smartphone has launched in the UK, the handset is called the Karbonn Sparkle V, and it is being sold by Indian manufacturer Karbonn in the UK.

The Karbonn Sparkle V comes with a 4.5 inch display and features a 1.3GHz quad core processor, the handset also comes with 1GB of RAM and 4GB of built in storage.

Other specifications in the handset include a microSD card slot which will, support up to 32GB cards, and the device also comes with a 2 megapixel front camera and a rear 5 megapixel camera and Android 4.4 KitKat, it is also guaranteed to get the Android 5.0 update in the future.

Google launched Android One in India in September, it is basically a reference platform for handset makers where Google sets the specifications for the hardware and the software for manufacturers, and handsets under the program are guaranteed to get updates for two years.

The Karbonn Sparkle V is now available in the UK on Amazon for £129.99, you can find out more details about the device at the link below.