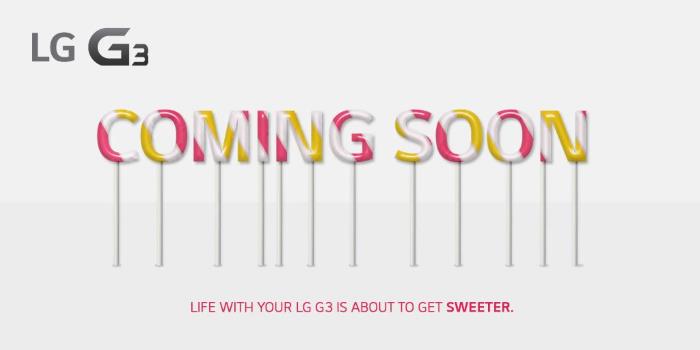 Several handsets have started receiving the Android 5.0 Lollipop update even the ones which are low-end — Motorola started rolling out the sweet update for its Moto G earlier this month in India.

LG did confirm that LG G3 will get the taste of Android 5.0 Lollipop, it made its way to Poland back in November, but since then we didn’t hear from anyone in the US about the update, but it seems that’s all going to change. LG USA Twitter account revealed that Android 5.0 Lollipop update is coming soon.

Although the caption said, “Introducing Lollipop: a sweet treat for your #LGG3,” it’s yet to land on devices. But as the company just confirmed, we’re guessing it won’t be too long before the update will start rolling out for the LG G3 in the US.

Android 5.0 Lollipop update brings a new Material Design with fluid animations and better interface, improved lock screen notifications and multitasking, ART runtime, and more. But, since it will skinned with the LG UI on top, it would feel a little different than the stock UI we’ve seen on the Nexus devices.

Stay tuned, we’ll update you as soon as the update starts hitting the LG G3 in the US.