The guys over at Sammobile have managed to get their hands on a leaked Android 4.1.1 Jelly Bean update for the original Samsung Galaxy Note smartphone, and the update is apparently being tested by Samsung at the moment and comes with some new features.

According to the report, the update may be released as version 4.1.1 or Samsung may update it to Android 4.1.2 Jelly Bean before it is pushed to the Galaxy Note, and they may also released Android 4.1.2 for the original Galaxy S II at the same time. 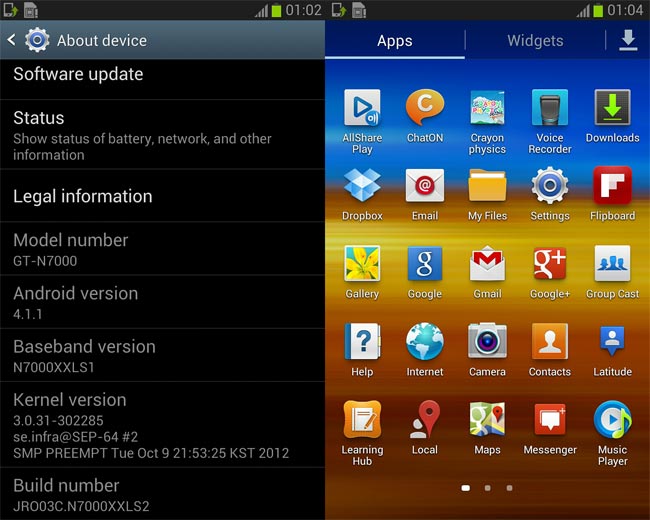 Samsung are also apparently working on the Android 4.2 updates for the Samsung Galaxy S III and the newer Samsung Galaxy Note II, these are expected to be released some time in quarter one of 2013, you can find out more details over at Sammobile.