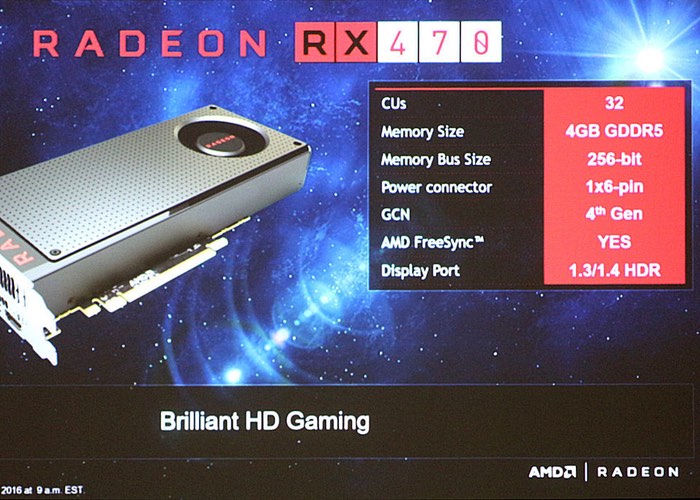 AMD has today announced the hardware specifications for its two new graphics cards that take the form of the AMD Radeon RX 470 and RX 460. Confirming what had been previously leaked, revealing the specifications ahead of today’s official announcement, for AMD’s second and third Polaris architecture graphics cards.

As you can see from the AMD slides the Radeon RX 460 graphics card is based on the new 14 nm Polaris11 “Baffin” silicon and would provide a great piece of hardware for MOBA games that only require light graphical requirements.

While the AMD Radeon RX 470 has been created by AMD to provide gamers with a graphics card that is capable of playing everything at a resolution of 1080p. The Tech Power Up website explains a little more about the hardware specifications for the new AMD graphics cards. 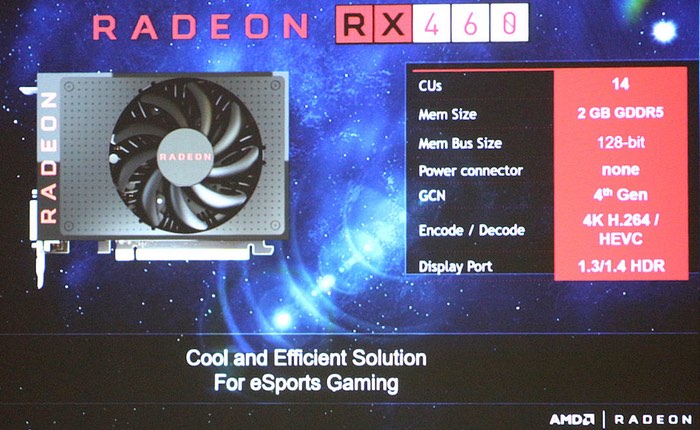 The card draws power from a single 6-pin PCIe power connector. The Radeon RX 460, on the other hand, features 896 stream processors across 14 compute units, 2 GB of GDDR5 memory across a 128-bit wide memory interface, and relies on the PCI-Express slot entirely for power. The reference RX 460 board looks quite similar to the Radeon R9 Nano, but features a simpler spiral heatsink under the fan. Despite rumors to the contrary, it looks like Vega is on-course for a 2017 launch after all.