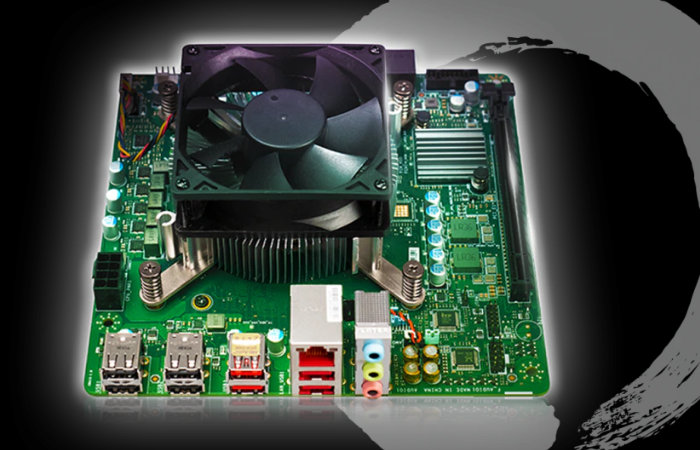 AMD has listed a new AMD 4700S 8-Core processor desktop PC kit which seems to be based on the PlayStation 5 System On a Chip (SoC) motherboard. The system is based on the AMD Zen 2 architecture with 8 cores and 16 threads of CPU power. “AMD 4700S Desktop Kit with 8 ultra-responsive processor cores built using the same architecture that powers AMD Ryzen processors.” If you are wondering why there are no memory slots the motherboards Hynix GDDR6 memory is soldered underneath and takes the form of 8GB of GDDR6 memory clocked at 14Gbps. The soldered design of the motherboard allows AMD to create a smaller form factor as well as providing a complete desktop PC kit taking “the guesswork out of matching the right components when building a system” says AMD.

“The award-winning AMD 7nm “Zen 2” core architecture delivers incredible performance for multitasking and heavy workloads. From quick app startup and web browsing to serious productivity in business applications, everything is fast and responsive. “