Apple’s new iPad Mini launches this Friday the 2nd of November, and Amazon has put a new advert up on their homepage where they are taking a swipe at Apple’s iPad Mini, and comparing it to their Kindle Fire HD tablet.

Amazon quotes Gizmodo in the advert basically saying that the Kindle Fire HD has more pixels per inch than Apple’s new iPad Mini, you can see the advert that is appearing on Amazon below. 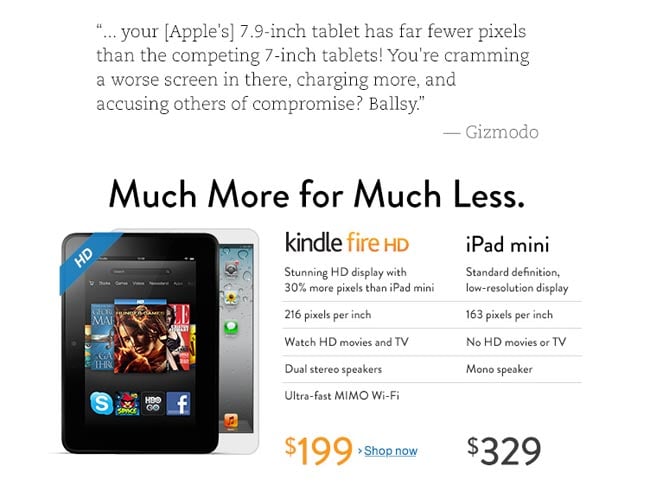 Amazon are obviously trying to get people to buy their new Kindle Fire HD tablet, which retails for $129 less than the iPad Mini, the tablet has been very popular to date, but we wonder if it will continue to be as popular when the iPad Mini goes on sale later this week.