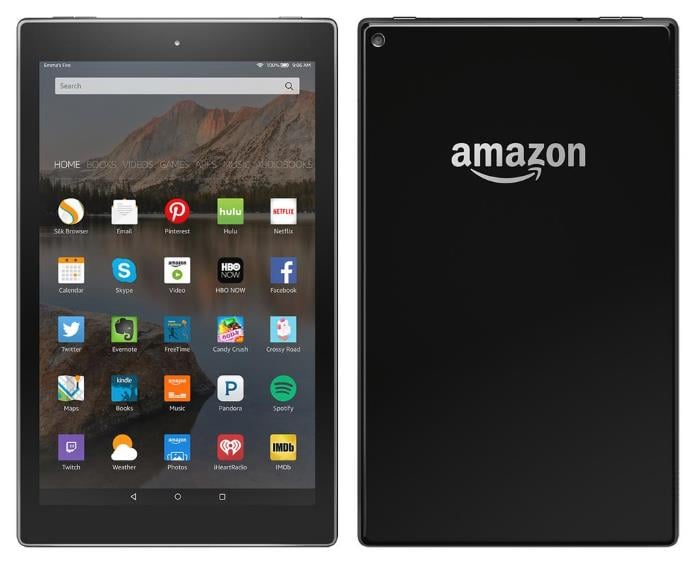 Amazon is reportedly working on a new 10-inch Kindle Fire tablet which is expected to launch in the near future.

Recently, the popular Twitter leaker @evleaks posted a press render of the alleged 10-inch Kindle Fire tablet, giving us a glimpse of how the device may look like when it’s official.

It doesn’t end there, the alleged tablet even made an appearance on GFXBench benchmarking website, revealing what users can expected from the upcoming tablet from Amazon. By the looks of it, it doesn’t seem to impress as it comes with mediocre specifications on board, nothing which can make it even a decent mid-range offering.

Anyways, as per GFXBench, the tablet is expected to come with a 10-inch display sporting a resolution of 1200 by 800 pixels, and will be powered by a MediaTek MT8135 processor paired with 1GB of RAM and 16GB of internal storage. The low resolution as well as 1GB of RAM may be a drawback as most of the tablets these days are shipping with at least 720p displays and slightly more RAM.

Other features include 5.1MP back camera for photos and videos as well as a 0.9MP front-facing camera, and Android 5.1 Lollipop as its operating system.

There’s no word from Amazon about it, but we’ll update you as soon as we get any other information.