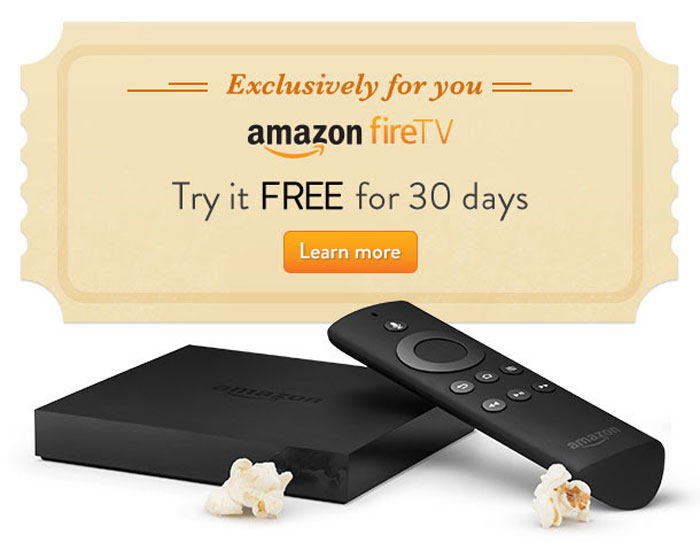 Amazon ran in to a hard time keeping up with the demand for the Fire TV set top box when the device first launched. Amazon ran out of Fire TV units only a few days after the device was announced. If you somehow missed the details on Fire TV, it is a set top box that allows you to stream all sorts of content.

The Fire TV supports Amazon Instant Video, Netflix, Hulu Plus, ShowTime Anytime and many additional streaming networks. The set top box sells for about $99 and Amazon has a special deal for some users. Rather than pay that $99 up front and hope you like the box, people invited to the special deal will be able to get a free 30-day trial.

The trial includes free shipping and those who take the trial offer will be billed in 30 days if they do nothing. If you participate and don’t like the Fire TV, it can be returned within the 30-day trial window with no money out of pocket. Amazon is also paying the return shipment fees if users don’t; like the set top box.