A few  of the most popular websites experienced some sudden downtime when Amazon’s North Virginia data centre servers crashed. The servers host the retailer’s Elastic Compute Cloud (EC2) Service which is used as the backend of many popular sites such as Reddit, Foursquare and Quora. UPDATE: It seems to also affect the Cydia Store as well. 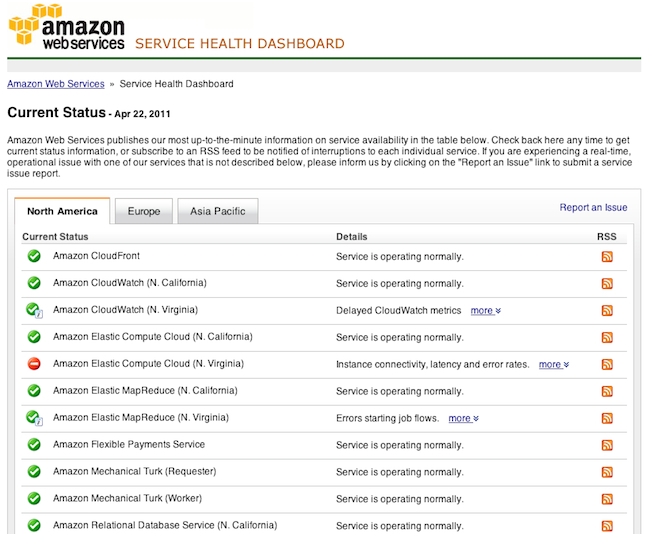 It’s also a popular choice for many web startups due to its scalability (though that’s not true now, of course). Other Amazon services that are in the red are its Relational Database Service, cloud MySQL host, and the AWS Elastic Beanstalk, a cloud-based application hosting platform.

Here is the last update from the team fixing the fault:

2:41 AM PDT We continue to make progress in restoring volumes but don’t yet have an estimated time of recovery for the remainder of the affected volumes. We will continue to update this status and provide a time frame when available.

Some sites have been restored already, it seems, but others like Reddit are not (they are using a read-only format for now).

Going down is usually a badge of honor for startup sites but when the server itself is the culprit, it’s just a big fail.